By Stefania Caterina and Tomislav Vlašić

The book “The Universe and Its Inhabitants” gives a concise presentation of the history of the universe and the principal events. In the last part it points to the passage into the third millennium. We are introduced to the extraordinary and the sublime instruments so that the recapitulation in Christ can carry on. When God thinks, he acts; what He utters, He accomplishes.

Today we will speak about God’s action in the universe through the extraordinary instruments. We will bring facts that we have witnessed personally. We will try to explain these facts until the end of the book. Let us listen.

The events in this time – A short chronological summary (p. 330)

In 2005 John Paul II who had strongly wished to announce the presence of life in the universe died without accomplishing it. In the meantime, though, the mission of the three extraordinary instruments had begun. Some important events followed from 2009 to 2012; we shall rapidly go through them.

Year 2009 – St. Michael Archangel received the order from God to divide the humanity of the whole universe separating definitely the ones who serve Lucifer from the children of God. It was a separation in the spirit through which God intervened to separate two dimensions that up to that moment had proceeded in parallel. From that moment on the children of God walked in the opposite direction than the children of Lucifer. This division allowed the plan of God to be strongly accelerated.

This is difficult to notice for the ones who have no profound relationship with God because they do not perceive the events that take place in the spirit of man. What is it about? God has removed the cancer in His children; He has separated Lucifer and his followers so that they cannot prevent the people who desire to walk towards the recapitulation in Christ from doing so. In this manner, the children of God, who have decided to follow the path of the recapitulation of the whole universe and themselves in Christ to reach the new creation, are able to proceed fast – if they are determined to do so. What happens to Satan, to Lucifer? He goes mad because he is loosing. He knows that with the action of the extraordinary and sublime instruments he is pushed aside and left going towards his own perdition; more and more he enters the darkness and becomes unaware of God’s projects; he goes crazy and makes all those crazy who follow him.

If you observe the Earth and the situation it finds itself in, you can understand it. Certain events are madness; they do not fit into human logic; they are beyond our understanding; when the human spirit goes mad, it destroys everything. There is another large part of humanity who stands neither here nor there. They will suffer even more as they will be confused; they will suffer within them because God will not be able to make use of them in His projects; they do not respond to God’s call. Satan despises them and lets them suffer. Therefore, this is the time to decide and also to thank and praise God for doing this step for His people.

Year 2010 – St. Michael announced the existence of the work of the Central Nucleus to the humanity of the Earth in his message of 10 September, 2010.[1]

He also spoke of three places on Earth that are fundamental for the work of God and particularly important in regard to the future events. The three places are:

– Jerusalem, where our Lord Jesus died and resurrected;

– The St. Peter’s Basilica in Rome, the tomb of the great Apostle and the centre of Christianity on Earth;

– Medjugorje, the place of the Marian apparitions on Earth.

Year 2011 – Jesus spoke openly of the three extraordinary instruments and of the future of His people explaining nature and mission of the nuclei. He announced that in the following year, 2012, the Holy Spirit would guide and instruct the people of God in a special way to prepare them for the events awaiting humanity.

It has been said that God has widened the action of the extraordinary instrument and is continuing to widen it. It has been highlighted that all the saints have received special gifts in order to pray. Later on we will see the testimony showing that the people of God in the whole universe has grown and strengthened and carries on fast. Thus, we on Earth are called to join the people who have joined the Central Nucleus and the extraordinary instruments. The Earth has to get away from its geocentricism if it wants salvation. Also the Church of the Earth has to leave behind geocentricism. The people are called to respond independently form the Church, no matter if she responds or not. In the same way as the saints did along the history of the Church by responding to God’s call and opening the way for others, independently from the permissions of the Church and working for their sanctification, the new people shall set off swiftly; experience the power acting in you when you are united to the extraordinary instruments.

The decisive choice of 2012

2012 was a special year. God determined to give the humanity of the Earth, and especially the Church, the last opportunity to decide for or against the mission to evangelize the universe.

God expected the Pope to finally make the announcement of the presence of life in the universe. He waited for the Christians to wake up.

Though, it is necessary to say that at the beginning of 2012 the position of the Church was quite different from before: after the arrival on scene of the three extraordinary instruments she inevitably became secondary.

It is important for you to understand this point: as long as God did not introduce the three extraordinary instruments, the Pope represented the key figure in the plan of the recapitulation of the universe in Christ. Other peoples of the universe would have gathered around him; the angels and the faithful humanities would have supported the action of the Pope and the Church of the Earth. That was actually the mandate of Jesus and His apostles: “Therefore go and make disciples of all nations, baptizing them in the name of the Father and of the Son and of the Holy Spirit, and teaching them to obey everything I have commanded you“(Mt 28:19-20).

God waited a long time for the Church to welcome her mission in favour of the universe. Unfortunately, we have seen how, from the beginning, the Church has not taken into consideration this aspect of evangelisation, limiting herself to acting only on Earth; on the contrary, the question of the universe was totally ignored. For this reason, God called the three extraordinary instruments into action: He could not allow that the humanities of the low universe continued to remain unaware of the truth. They, too, should reach salvation and knowledge about the true God; that can only occur through Jesus Christ.

Therefore, when the Church was yet again called to the universal mission in 2012, the scenery had deeply changed. In fact, if the Church of the Earth and the Pope had responded positively this time, they would have simply participated to the evangelisation of the universe in communion with the extraordinary instruments and the people that would have gathered around those instruments. The Church would be no longer at the head of the mission with the help of the faithful brothers and sisters, as in the beginning, but simple participants. The central figure was no longer the Pope but St. Michael Archangel. However, even the simple participation of the Church would have been precious in the eyes of God; the humanity of the Earth would have earned great benefit from a positive decision of the Church. The action of evil would have been limited considerably.

God had foreseen that the mission of the evangelisation of the universe would begin anyway regardless of the response of the Church that was granted a year’s time. For the whole year 2012 the Holy Spirit worked incessantly within the Church and the individuals.

In the meantime, the faithful brothers and sisters of the universe were taking action. Already at the beginning of 2012 they reached the low universe and travelled to Alfa Centauri to determine the methods of intervention in case of a positive response of the Church of the Earth. They settled in the bases they have in the low universe as well as on Earth. They were ready to intervene at any positive sign given by the Church. Once again everything was ready and only the response of the Church was needed. However, once again the Church gave no response. This time, in line with God’s programme, the plan of the recapitulation of the whole universe in Christ suffered neither halts nor delays. God had been even too patient with the Church of the Earth.

So, the mission in the whole universe, the Christianisation, that is, the evangelisation, was begun by the extraordinary instruments who bring the people together. I turn to you again, to those who listen to me, to those who will be informed: “However, even the simple participation of the Church would have been precious in the eyes of God; the humanity of the Earth would have earned great benefit from a positive decision of the Church. The action of evil would have been limited considerably.” We must humbly accept this reality and ask for forgiveness. Every one of those who join the new people together with the extraordinary instruments offering their life to God through Mary Most Holy praying and living according to the Gospel is precious.

I would like to point out one thing: what we have said does not apply only to the Church or the Christians. The mission of the extraordinary instruments goes beyond and follows the laws of the Spirit; the Holy Spirit searches the hearts, invites and awakens the persons of good will who seek God in other religions, even among the non-believers, among those who are outraged by the behaviour of the Christians; He does the same with the humans of the low universe who have lost all memory and remember nothing, not even the promises given by God to humanity after original sin. So, let us all stand before God and take our decision to set off as a people, all together, even though scattered in different places; we will find each other and get to know each other better every day first spiritually and then physically.

I bless you with the blessing that God gave to His people, to His Church, in the moment of Pentecost so that the Holy Spirit may act in every one of you even in the non-believers who sincerely seek the truth. May all men of good will become aware of the path of the history of salvation; may all of you get to know the truth that is Light for everyone and may all the creatures be joyful in these passages. May a choral prayer be elevated to praise God for the work He is doing to lead His people to the new creation; in the name of the Father, of the Son and of the Holy Spirit. 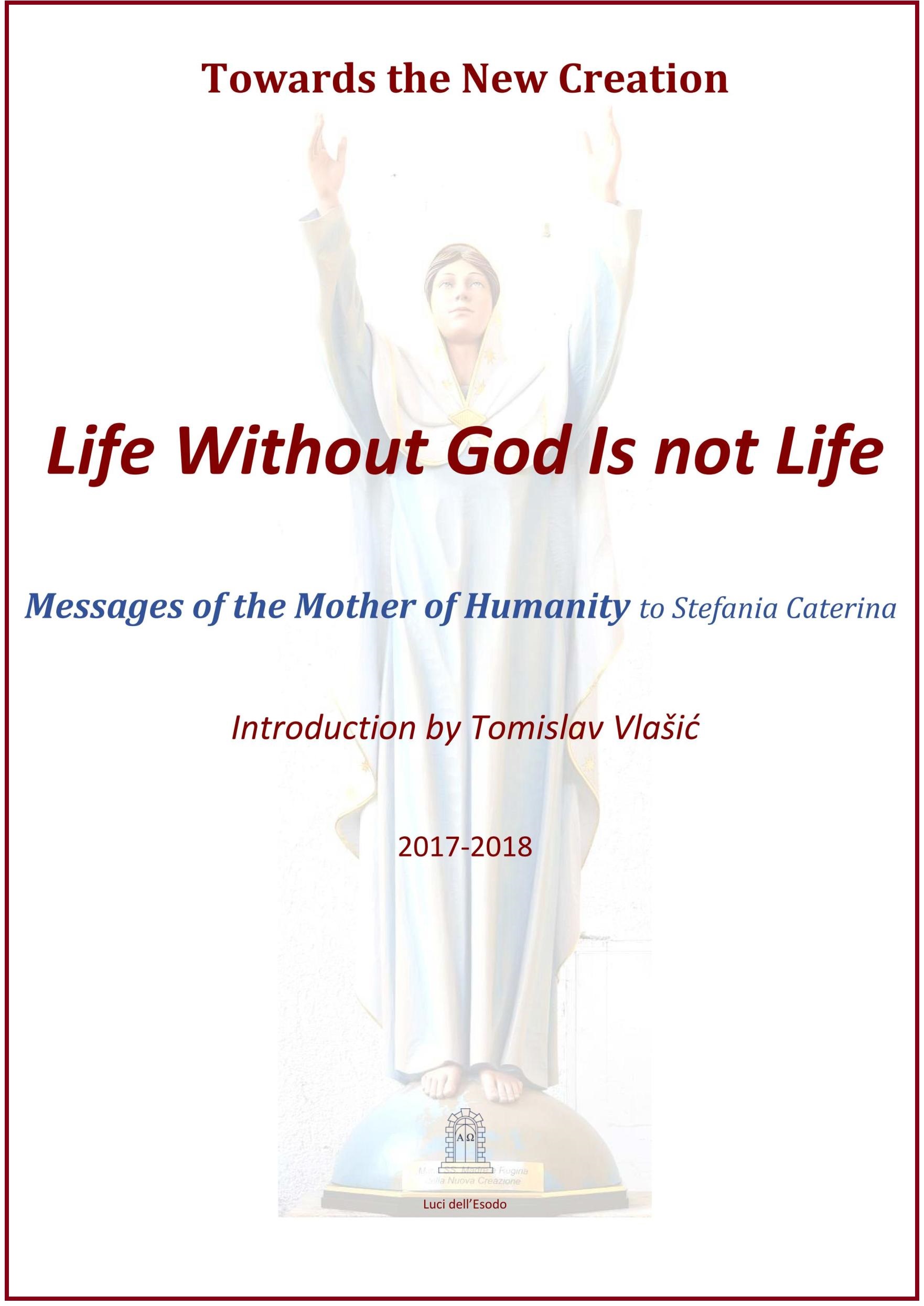 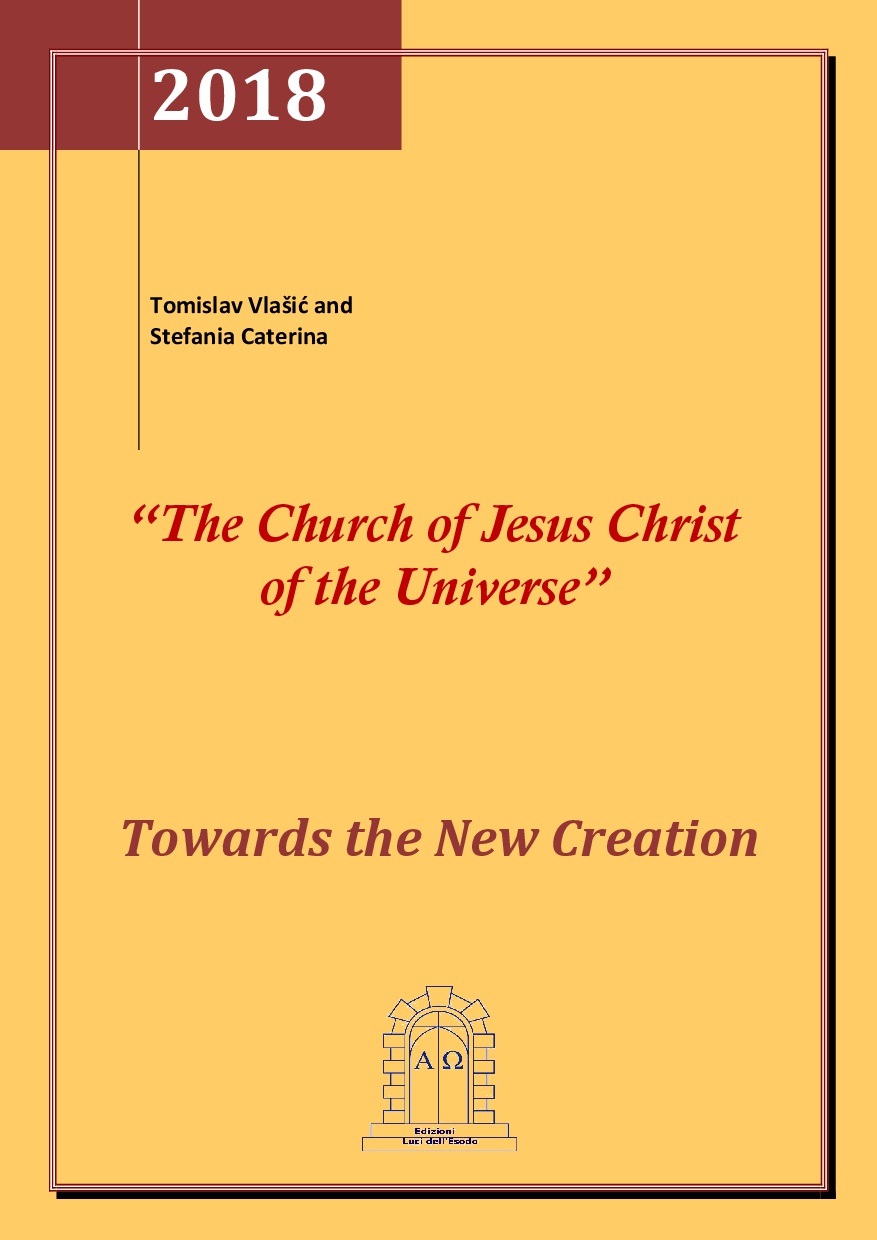 MEETINGS IN THE HOUSE-SANCTUARY “MARY’S FACE” at Medjugorje